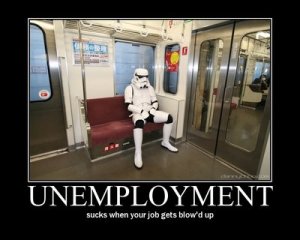 I quit my job this week.  I wish I could say that it was just like in the movies or on tv.  Nooooo.  That there were lots of tears and then they offered me a raise and all kinds of great stuff for staying on with them.  Nope.

There are organizations out there that should never be referred to as “organizations”.  There is nothing organized about them.  The particular one that I have been at for the past three years is a prime example.  The heart is in the right place-it just doesn’t necessarily hold all the other organs to where they should be.  On lung tells the spleen that this is the way we are doing things now and then the opposite kidney does, well, the opposite.  Poor spleen.  She never had a chance.

Yes I am the spleen.  I’ve been feeling pretty lowly for the past few weeks.  I’ve known this day was coming for over a month.  When one supervisor shares with me that she is excited that our instructors will be doing all of the cleaning and maintenance tasks that I have been doing for the past 9 months, I made my best attempt at not snorting and did not jump under a table.  I was, however, absolutely floored because it was quite apparent that this woman had no idea what I actually DO for my job.

In the months that followed I experienced disorganization that could drive any semi-organized person into a tizzy.  It’s getting bad when you begin keeping documentation of everything just in case they decide to throw you overboard.  I wasn’t thrown.  I was more eased up to the edge and left dangling.

The truth is that they decided to peel back the responsibilities of my position.  So much peeling that by the time they were done there was really nothing left.  They wanted me to be the peeled onion, on call.  Whenever they needed me, I  was supposed to hop up and run there.  I opted to resign.

Now before you utter “WHAAAAAT?  Leave a job in this economy?”  Let me be the first to say please don’t.  I’ve already heard it.  No I do not know what I am going to do.  I’ve already spent several nights on the internet looking at job websites sobbing the classic words of Rachel Green “I…am… trained for nothing…”, I’ve updated my profile on LinkedIn, I’ve sat and thought through every possible scenario. I have had the pity party too (I’m surprised I have any friends left on Facebook…).  But the truth is I really didn’t have any control over the situation-at least resigning made me feel better.  And we have made it this far on what we’ve been making, we can stretch it out more.

So now I’ve got that off my chest-I’ve got better things to blog about.