My husband and I resolved early in our marriage to never do the same thing twice on New Years Eve.  While Christmas and other holidays in our family tend to be somewhat rooted in tradition, we have tried to keep this particular one tradition free.  Later on we expanded it to not making New Years Resolutions.  We used to make them.  One year I recall  putting them on paper in an envelope so that we could see if we actually kept them.  Now that I think about it, I bet we never even found the envelopes.

The idea behind the resolutions is a good one.  The idea of a new year is a fresh start.  Who wouldn’t want to start off with a clean slate?  I myself could really use a fresh start.  In years past when I have attempted said resolutions, the year got underway and by February those resolutions went by the wayside.

I’m not changing my mind about it.  It’s not that I don’t plan on making some changes.  Rather than resolutions I have instead set some goals.  Is that the same thing?  Perhaps, but by not calling the resolutions I may be more apt to stick with them.  And these are things that I have already started.  No sense in waiting for a new year to kick in.

Eat Healthier-I’ve been to the edge and back, baby.  With depression comes some crazy comfort food.  But one can only subsist on dark chocolate and sugar for so long.  What I really need is a spell.  I need to go all Harry Potter and somehow cast a spell upon myself that the health food I once consumed regularly is the best thing for me.  This week I have consumed more vegetables.  I always eat whole grains, that is a no brainer.  But this love affair with sweeteners both natural and artificial has to be put to a stop.  More veggies, more fresh fruit, less diet pop, less junk.  Consuming less of everything-it should be simple, right? 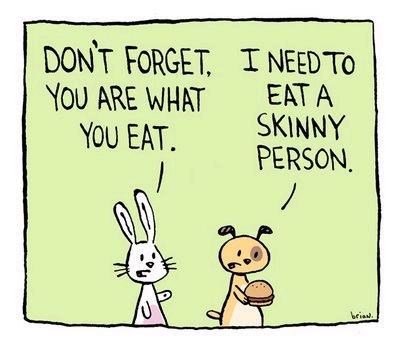 Move-As in getting moving, not as in moving to another town (though that would be nice).  Fatigue, cold weather, frustration with schedules, complaining children, and an uncooperative canine has made this not a priority to me.  I don’t have to do this to excess, simply getting back into walking some every day would be peachy.  I’ve done some yoga the last two days.  I’ve attempted to lift weights.  Last night my husband walked in the door and I walked out-not because I hate him, but because I needed to take a walk alone.  It’s less about losing the coffee cake top, more about just taking care of moi.

Attitude-The longer I’m unemployed, the more “losery” I feel.  Supposedly the state I live in has a great unemployment rate-and them proclaiming this just makes me feel that much worse.  Thanks, so glad everyone else is finding a job.  I have a feeling those numbers are greatly skewed.  I need to snap out of it and try to just feel better.  Whether or not I have a job shouldn’t define who I am.  What I do as a mom and wife should be more important.  I know, it’s all about that damn forest through the trees!  It’s hard to feel good when you’ve sent out over a hundred job applications and have had one interview, and then they took over a month to get back to you in an email.  For a cashier job.  At Lowes.

Honestly, is finding a part time job going to make me happy?  No, but being financially secure would be nice.  Can I make a job fall out of the sky?  No.  But I can try to control my attitude about it.  Take care of myself (you know, like showering and stuff).  Embrace the free time.  Appreciate what I have.  Play more with my kids.  Write more.  All the stuff I should have been doing all along.

So that’s what I’m working on, even if I don’t call them resolutions.  Be sure to laugh at me six months from now.

I’ve seen several alternatives to making resolutions online.  My favorite is a jar with little slips of paper.  Every time you find something good, write it down on a slip of paper and put it in the jar.  At the end of the year, wouldn’t that be great to open up and read all of the good things that happened? This of course would require effort and thinking on my part.  So it’s probably not going to happen…

I’ll wrap this up with my husband’s whole take on the resolution thing.  I know he wants to try to get back into shape as well, but I’m not sure if he’s really calling it a resolution.  We were talking about me writing this post last night.  He said “My resolution is to have a good looking wife and two kids and a dog.”  Hey, he called me good looking.  I’m willing to support that.

This post was written in part because I am a follower and want to be liked, or something like that.  Actually, I wanted to start participating in Theme Thursday over on Something Clever 2.0.  Jenn was nice enough to actually write about my blog this week.  She even was kind enough to point out how much I use poop and pee in my posts.  Please come on over there and read what other folks have to say on the matter, or other matters, and read Jenn’s blog too.  It’s a win win, no matter what you do.  Good stuff, Maynard.