Today is another Free for All on Twisted Mixtape Tuesday.  Whatever we want.  That could be truly scary, to be honest.

Truth be told, the only music I seem to be cranking lately is the ambient music on my laptop waiting for that sweet sleep to come to me late at night.

So my husband has to keep me in the loop with music.  In my gmail inbox nestled in the accepted invitations to my annual exam (not because he’s planning on coming, just so it’s on his calendar) and reminders of boring stuff like flu shots are the occasional YouTube videos.  These remind me that I should really remember to turn on Pandora once in awhile.

Hey, I’m supposed to be the music person in this relationship!  But among the things he can do that I can’t, like quantum physics and reaching the stuff on top of the refrigerator easily, is that he can listen to music AND do other things at the same time.  This simply is not possible for me…

Damn my ADD.  Must.Have.Silence.  Or at least something with no words.  So if there is music, ambient music it is.

Therefore I thought that this would be a GREAT Free For All.  Stuff my husband sends me, or at least comes home and turns on and makes me listen to. 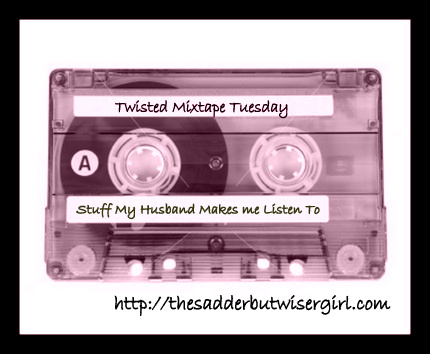 This first one, as a matter of fact, came today.  This band is kick butt.  And if you recall, I have an appreciation for acoustic versions of songs.  This works.

One night he turned this on.  I don’t remember this being from The Social Network, but it’s been on my radar before.

Which reminds me, he’s also the one who introduced me to these guys…

As much of a Linkin Park fan as I am, I had no idea that Mike Shinoda had other irons in the fire, like this one.

And then for something completely different.  You know the “What Does The Fox Say” guys have done other stuff?  Including this one, not to be confused with the Spinal Tap song, k?

I’d heard the song, but hadn’t seen the video.  It’s a bit weird…

Does your significant other introduce you to new music, or find you versions of things you like that you didn’t know about?  I’m extremely lucky!  Now… back to my ambient music…

21 thoughts on “TMT Free For All: Stuff My Husband Makes Me Listen To”