HA!  Made you look!  This has nothing to do with underwear!  Well maybe a little…

In case you hadn’t noticed, I’ve been absent the last few days.  AGAIN.  Once again this was not on purpose.  It seems that once again I have been struck by the fickle finger of computer issues.  And this time it had nothing to do with flaming laptops or mice that don’t behave.

Remember there are no funny pictures of flaming laptops. But mice…

Out of nowhere I got a message saying that I was running low on disk space.

My initial reaction to this was Huh?  My computer has about 300 gb. How the heck I could possibly use up that much disk space was truly a mystery to me!

Because I am an anxious person I spent hours and hours transferring things and removing everything I could possibly remove. Not only did I move important things off of my computer like pictures, I also deleted a lot of extra pointless files.  Like HP-there were so many little tiny files in my temp folder, I must have deleted thousands of them!

Yet it seemed that each time I’d remove something, my space would increase slightly and then decrease even more!  At one point I angrily removed all of my printer software (after all, it didn’t even know where it was, right?)  I tore my hair out.  I cried a little.

The next day my computer said it had NO room left on the disk. 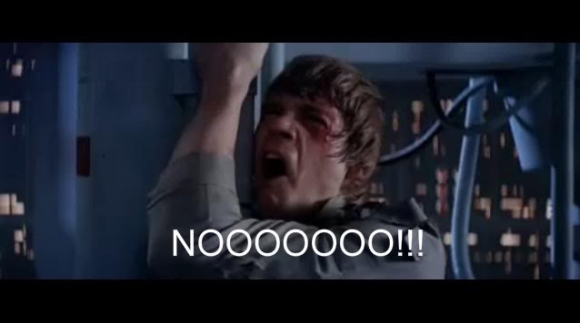 That was when I started trying to defragment my hard drive.  For the lay person, your hard drive keep bits and pieces of files when you delete stuff and move them around and that clogs up your disk.  Defragmenting does something to make this better.  I’m not sure what it does, but it’s supposed to be better. 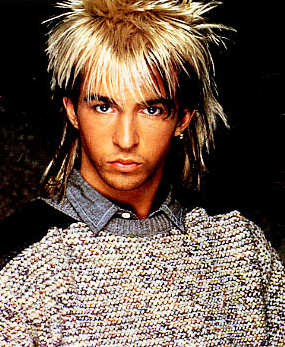 Speaking of neverending, this guy came up during TMT duets. I thought Limahl was a group, not just one guy? Does this mean I have to repeat music history class again?

A little more than an hour and a screenshot and remote assistance session later we had some answers.  It was my antivirus software.  Apparently certain options that you choose will create and keep files that are a gazillion kbs.  Think I’m joking? Let’s do some math…

Sooooo… I disabled the offending portion of my antivirus and got down to business, deleting tons of files. I got 129 gb back.  I went from having nothing free out of roughly 300 gb to getting almost half back from just deleting all of that stuff.  Miraculous.

What does this mean to you?  Why am I mentioning math here on my blog?  What happened to the poop posts? Why is that light flickering over there?

What does this all MEAN????

This is my public service announcement.  I want you to know  that if your computer says it’s running out of disk space, you need to check your antivirus software!  Something as little as checking the wrong box could cause your computer to hang on to tons of stuff it doesn’t need!

So since I have spent the last couple of days away from all the internet fun now I will be spending the next few days getting caught up on all the fun that I have missed.  Returning comments, reading emails and friend’s posts, and maybe even twittering a bit.  So please, remain on the line, I will return your comments in the order received… 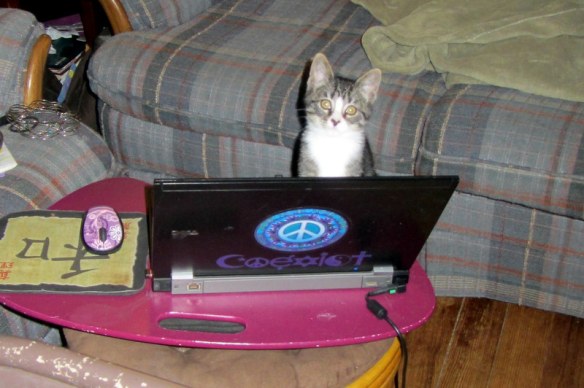 What program was it that finally did the trick?  It’s called TreeSize.  It’s a free program that allows you to see how big your files are and where they are located.  That’s all it does-it doesn’t mess with your registries or anything else.  It’s just good basic information! .  If you want to read up on it click HERE.

I didn’t receive any compensation from TreeSize to share this!

Just in case you were thinking I was such a bitch for 1)  Not responding to all of your wonderful comments 2)  Not reading your blog posts or 3)  Not seeming to be around at all so that you were wandering around crying and calling for me by name…  I know, how dare I disappear for a few days!

The old girl has been having some issues (as do I, but this isn’t the time to discuss it). I uninstalled some programs, swapped my mouse, did some other things and it’s not so bad.  I still can’t be on for long periods of time, which is sad, but considering the alternative I’ll take what I can get. 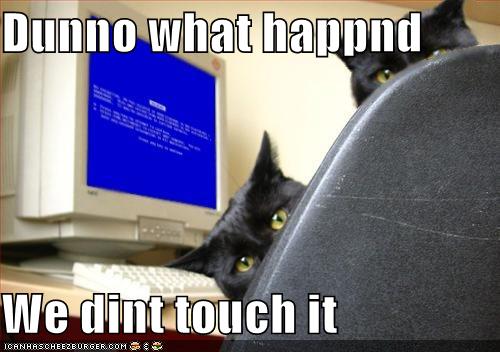 Basically my computer gets too hot, and then it forgets who it is, what it’s doing, and apparently who I am.  That’s bad.  I’m not sure if I need to find an Alzheimer’s unit for confused computers or if there is still hope.

One thing I have learned is If you own a Dell laptop of any kind, DO NOT google “flaming laptop” thinking you’re going to find something funny.  All it will do is scare the bejeezus out of you!  Not only did I find very scary images of laptops on fire or melted, but many of them were of the very same make and model of computer that I am tapping away on right now. I DID NOT share that information at the time, so it fully leads me to believe that this really is one big problem looking for a place to happen.

So if you’re thinking about sending me a shiny, brand new laptop, shoot me an email and we’ll talk.  Until then just think of me as “She Who Writes With Flaming Laptop”.  Or for short you can call me SWWWFL, pronounced “swiffle”.

Since you’re reading, please hop over to Theme Thursday by clicking the cute button below and see what my ladeez love.  It’s all about favorite things.  I also love things, and I linked up the post I did earlier this year if you want to read about it.  But you don’t have to.  I’ll be back tomorrow with a new post with my thoughts about the BlogHer 2013 conference.  Have a Happy Thursday!

It seems that technology has been doin some hatin on my fellow blogging friends.  I’ve been hearing many tales of woe the last few days.  I just pray it doesn’t get me too.  So please check back later, hopefully there will be a guest blog post with a link.  OR a post here.  OR something.  Now, sing some elevator music to yourself or make that annoying TEST sound while you look at the picture.  EEEEEEEEEEEEEEEEEEEEEEEEEEEEEEEEEEEEEEEEEEEEE.  You get the idea.

Where have I been?  I’ve been plagued with computer issues the last 24 hours or so.  I’m not doing well on delivering any posts due to that, Evil Genius being off of work for four days and actually wanting to be around people, and all of that last minute stuff that comes along with Christmas. Since it’s getting too late to finish and share my “Alternative Christmas Movies” post, I’m thinking I need to just move on to something else.

After wandering around for quite a while today trying to figure out what the heck was going in the kids’ stocking this year without blowing much money, I settled on socks.  They NEED socks, and what better to put in a stocking than socks?  And M&Ms candy canes-when I was a kid that was always the coolest thing to get!  And I’m still worrying about trying to even up the presents, and that I got nothing for my husband or the dog or the cat.  I had to stop and think for a minute before I drove myself crazy, that is NOT what it is all about! 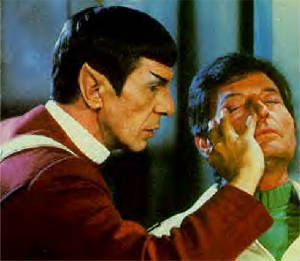 (My apologies-I can’t ever think of the word remember without a Wrath of Khan reference.)

What it’s all about…

Have a Merry Christmas everyone!

Just like the Terminator, I’ll be back (the day after Christmas).