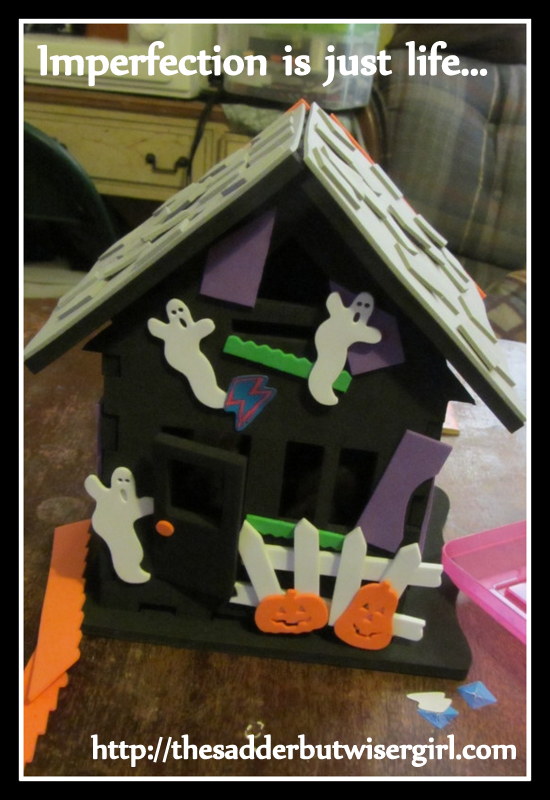 I approached the Halloween season this year with a bit of excitement.  Then all of that died when I opened the container of Halloween stuff and found what could only have been what was left of a mini pumpkin all over my decorations.

For once, it wasn’t a mouse peeking out at me that ruined the moment.  It was just plain gross.  So I hauled the foam pumpkins and what I could salvage out of the container upstairs, and that was about it.  I pretty much gave up on decorating.  I was frustrated.  And poking around on Pinterest at all of the seemingly perfect things that others have pinned that they have supposedly done was seriously bumming me out.

Then over the next couple of weeks as I helped my kids with their costumes and watched them getting excited for Halloween, I realized that it really doesn’t have anything to do with how perfect and “Martha Stewart-like” everything is in your life.  Halloween is about the kids!  As it turns out, having my kids has taught me some important lessons about special occasions in general.

I played with some of the pictures I have taken this year to make this list, there being seven things counting the picture at the top. The irony here is that I made them in “pinnable” type pictures.  This isn’t because I necessarily want them on Pinterest, I just like how they look.  I like squares… and borders on my pictures… 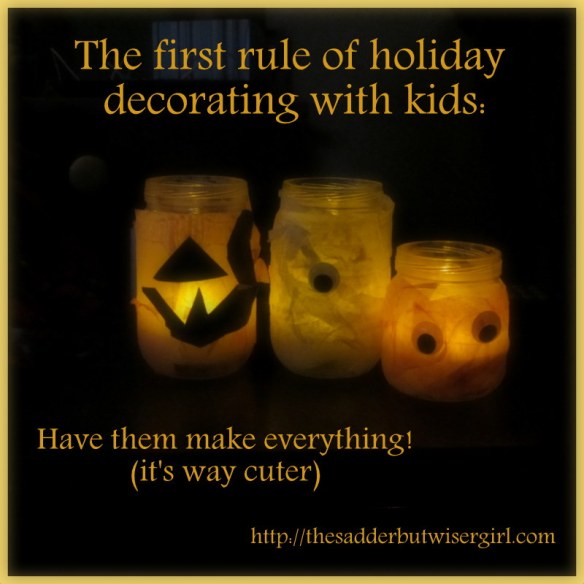 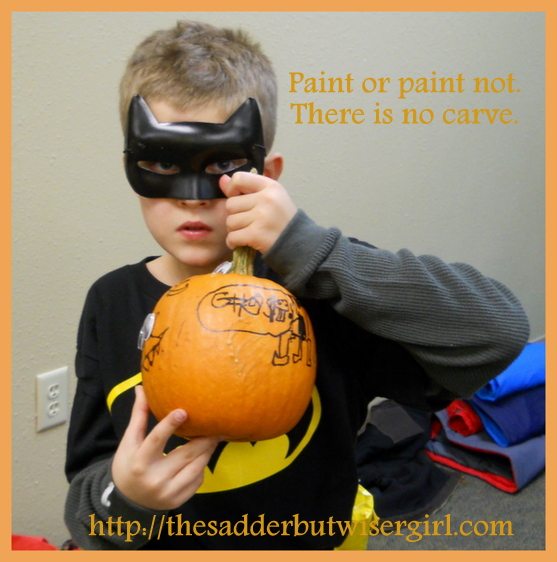 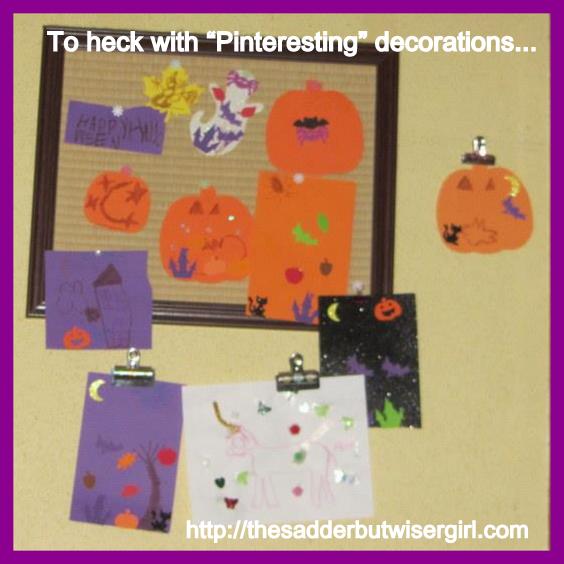 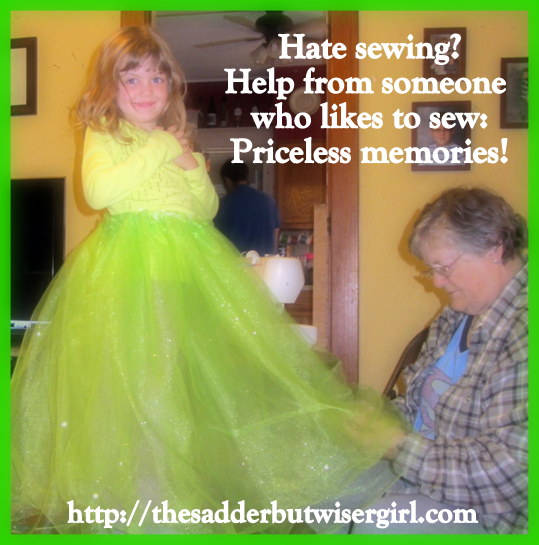 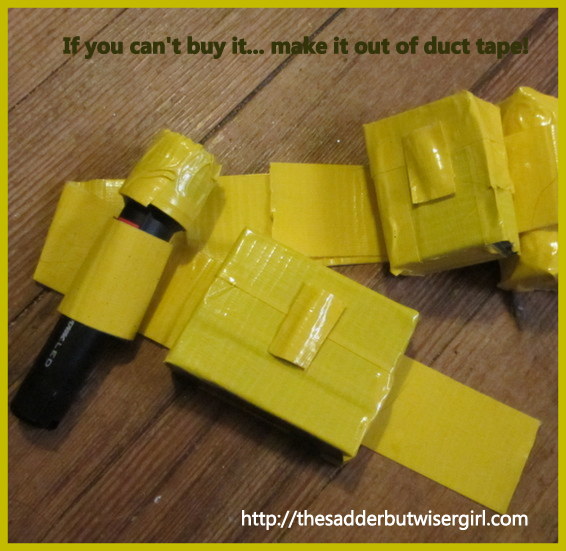 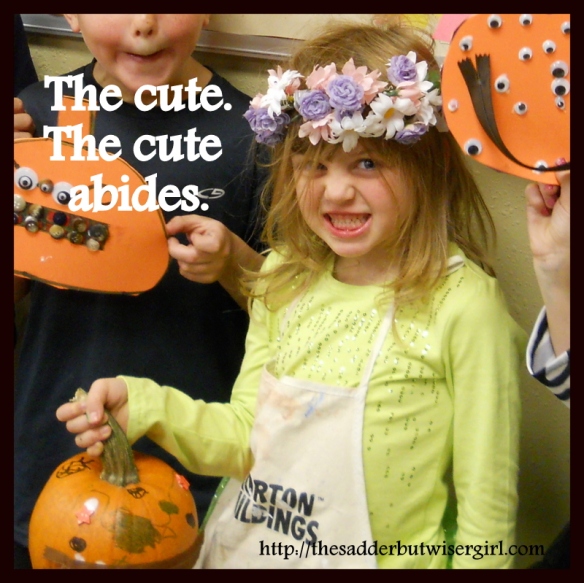 So as Halloween arrives and we prepare for class parties, costume parades, and trick or treating, I’m trying to give myself a break.  I may not have a perfect house full of perfect stuff, but what I do have are some wonderful memories to last a lifetime…  Take that, Martha Stewart!