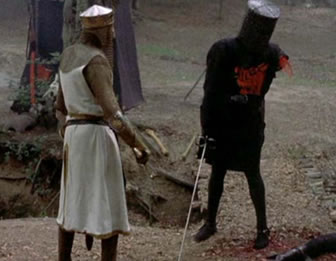 All right, there is not actually a toe in my kitchen.  Or around my kitchen.  Or even in  my house.  But there could have been.  Sort of.  There were toes involved.  Got your attention, didn’t it?

Today was my job interview.  My Mom decided to come up and watch the kids so my husband didn’t have to leave work early.  The kids were thrilled, I was ecstatic-we don’t exactly get visitors or family up very often.

As I was getting ready to make lunch, I receive a text from my husband, asking if my mom was indeed coming.  I texted back and said yes.

“I’m headed to the hospital.  Dropped metal on my foot.  Probably stitches.”

I text back, “Seriously?”  I wait for him to text me saying something like it almost happened or it’s a serious exaggeration.

No.  Two minutes later he texts back, “Seriously.”

I SERIOUSLY start freaking out-OMG!  Visions of staggeringly huge medical bills, thinking that this is the straw to break the camel’s back…. then I remember that it happened at work.  Oh, worker’s comp?  Please?  Remember, I have an anxiety disorder and ADD-which means I have really random thoughts when I worry excessively.

The next text I receive:  “I’ll be fine, want pictures?”

“They said they can take video if that is better,” was his reply.

A few minutes later:  “I got pictures, for the kids.”  That’s ok, because I certainly won’t be looking at them.

So later on, I’m getting ready for my interview and realize that I haven’t heard anything for quite awhile.  So I texted him to ask what was going on.  “Do you get to come home early?  Did they have to cut your boot off? Did you get a sucker?”

My phone rings, it’s my husband. “Hi!  Just wanted you to know that I’m on my way home.  They had to amputate my toe because there was too much nerve damage.”

“WHAAAAT?  Which toe?” I shriek into the phone.

At this point I am just stunned.  Finally he lets me off the hook.  “NO they didn’t amputate.  But I DID get stitches.”

As it turns out, he was minding his own business and was attacked by a piece of metal that lunged at him and went through his boot, just above the steel toe.  He’s ok and they took very good care of him.  Eight stitches later, they sent him home.  Apparently his pain tolerance is quite amazing.  Who’d have thought that engineering was dangerous business?

The whole time this was going on, my panicked mind flashed to the episode of Friends in which a teenage Monica tries to seduce Chandler.  She accidentally severs one of his toes when she drops a knife and it goes right through his shoe.  Thinking quickly, she brings what she thinks is the toe to the emergency room so they can reattach it.  As it turns out, she didn’t grab the toe, she grabbed a very small piece of  carrot.

Her mother looks almost ill, “Oh my God!  There’s a toe in my kitchen.”

And there it goes…the knife that cuts off Chandler’s toe.

I DID get to go to my interview.  That’s stuff for another day.

No, no, my house isn’t necessarily evil. It just has behavior problems. It’s bullying me.

I think my house is trying to hurt me.  It’s not the anxiety talking.  I think I even have definite proof.

Before I go even further, I am aware that there may be a movie out there about this very sort of thing.  But since I don’t watch horror movies, I’m not quite sure.  I just don’t want anyone to think I’m ripping them off.  And this really is happening!  I have the photographic evidence to prove it!  It seems that every time I try to do something productive around here, I somehow get injured.  I am beginning to wonder if it’s really clutziness, or if there is something really wrong here.  Really!

The other day I was going down into the basement to retrieve my son’s extra jacket as well as retrieve some other warmer things.  I felt a bit silly, after all I packed all the cold weather stuff away in JUNE.  Yeah, I was a little behind the times there.  I finally gathered up all the gloves and stuff I knew we wouldn’t be using and put it away.  I guess I was waiting for a freak snowstorm in the summer?  Not sure.  Anyway, as I went down the steps I lost my balance and fell, smacking my arm against the bottom step and landing on my side.

Isn’t it PRETTY? The lighter colored line at the top of the bruise is where I hit the bottom step, I think. My husband says it looks like a tattoo. A sailboat, perhaps?

I can definitely say this is one of my more serious house-induced injuries.  As you can see it left a very nasty bruise.  It could have been worse, since there is a brick wall there near the foot of the steps.  I could have bashed my head in.  It makes me wonder what this house has against me.  It could’ve killed me, but instead it spared me and just gave me a nasty injury.

A person trying to prove something should have lots of documentation.  For example, I have many notes on my computer about my former employer in case they came back later and tried to say I was an idiot (who’s the idiot now?  They are STILL sending stuff to me on my work email.  They just don’t get it.)  I suppose I need to start documenting stuff about how my house is trying to do away with me.  I’d have a pretty thick file if I’d been keeping track by now.  I have had all the skin scraped off of my knuckles too many times to count while cleaning.  I have almost been knocked unconscious about 1000 times by the cabinet doors in our kitchen.  The stairs?  That may have been the first time I’ve fallen down those stairs but I’ve taken several tumbles down the stairs that lead, well upstairs.  I guess I shouldn’t say tumbles, more like a slide down on my back.  And there are more, many more incidents of bullying directed at me by my house…

Now before you go around screaming POLTERGEIST  I want you to know that I don’t think we have those kinds of forces at work.  It is 112 years old, we bought it for its tornado protection potential, but while I will admit I DO believe in ghosts, I don’t think any would harm us.  Nor do I think we have any here.  I’m thinking that ghosts would find way cooler digs to hang out and haunt anyway.  Maybe it’s just like the dog-it hates to be cleaned.  Or worse, it shuns any kind of organizing.  That would make sense-after all, I feel like my brains are being sucked out of my head most of the time I am here.

Often I feel like this, like someone has sucked the brains right out of my head. ADD can’t be the only explanation, can it?

I’m not wrapping myself in bubble wrap just yet, though that might be a good idea for the next time I have to go down into our cobwebby, spider and cricket infested basement.  I suppose I could just stop doing stuff around the house.  At this point, it wouldn’t be real noticeable the way I have been slacking the last couple of weeks.

Besides me just admitting that I am a total clutz, we may have another explanation in the works.  Tonight Evil Genius came home from work and said that he feels like he’s being strangled when he’s at home.  It only happens at home, nowhere else.  AH-HA!  We are harboring Sith Lords.  That can be the only explanation…

“What’s happenin hot stuff?”
Could there be a Sith Lord haunting my basement?
(Which brings me to this-I see London, I see France, I see Vader’s underpants!)